Hay/Grain Feeders
Your horse spends more time standing at the feeder than under a saddle so a sturdy feeder that cuts down on wasted hay is a wise investment. The slats in our feeders are spaced to limit the amount of hay horses can pull out so less goes on the ground. There’s a grain trough, doors that open on the ends for easy filling, and feeders are built on skids so you can move them.

Worried that your horses will chew on the feeder? Don’t be. Northern white oak has a bitter taste that horses don’t like.

Feeder prices include delivery. Customer is responsible for unloading when order is delivered.

Holds one standard round bale. Horses pull less hay out so there’s less waste on the ground. We estimate the feeder pays for itself in 18-24 months with the amount of hay saved from waste.

Open the doors to load the round bale, the doors are secured at the bottom so horses can’t get in the feeder. Built on skids so it can be moved. The cover keeps hay dry. Feeds 4 horses at one time. 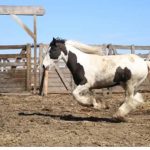 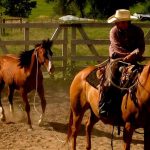 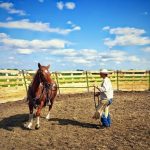 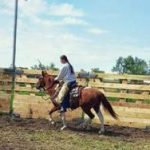 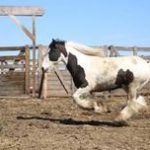 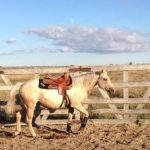